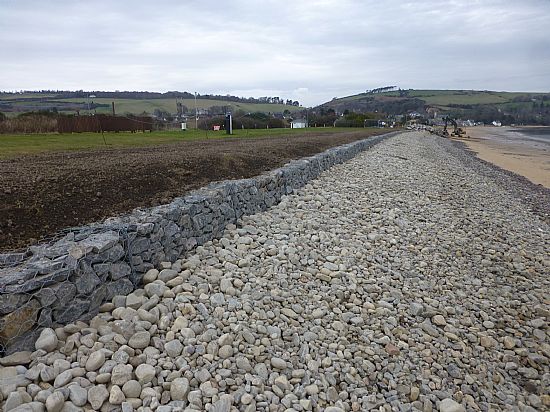 Following correspondence with the Highland Council regarding the specification of materials used in the coastal defence works at the Rosemrkie Campsite we have received the following message:

"I can confirm that the gabions are constructed from galvanised steel and have included the gabion specifications from the manufacturer.   As you see the Specification for Highway Works (SHW) does not require a polymer coating.    From experience I have encountered at least one instance where a fire caused the polymer coating to melt and affected the steel mesh of the gabion which in turn hastened corrosion.

SHW demands the gabions are suitable for highly aggressive environments with a design life of 120 years (this relates to the mesh and not the overall coastal protection wall).

I can also note that the gabions were assembled as per the manufacturer’s instructions but with additional lacing and the internal ties which are used to prevent bulging.

The stone used to fill the gabions complies with Class 6G material but is angular stone sourced from a quarry rather than beach material.

With reference to the Scottish Water gabions,   we don’t know the make of gabions used or the specification.  Nor do we know whether they were assembled to the manufacturer’s instructions and internal ties included.  Some of the fill to the gabions did look like it was rounded stones sourced from the beach which has less of an interlock compared to the angular stone used in our gabions.

In short, I don’t believe it’s possible to compare the new gabions with the Scottish Water gabions on the information available.

I hope this gives you some reassurance regarding the longevity of the gabions being used. 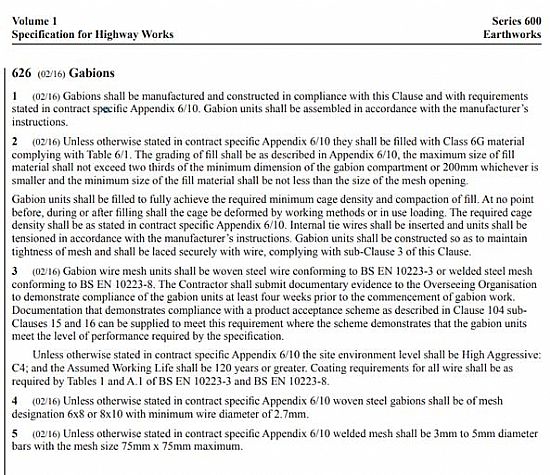