Here is an e-mail from Australia concerning a house called Rosemarkie and its former inhabitants. If you have any information please contact us through this site and we will pass it on. 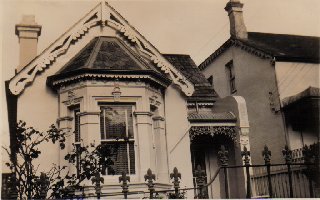 Have been visiting your site as I have an interest in the name Rosemarkie. My house in Ashfield, a suburb of Sydney Australia, was built in 1892 and is named Rosemarkie. I believe that Rosemarkie was the town that one of the original owners was from. Mr James Cornwell from the Community Council is putting together a package for us including the new & old Council Crests. Really looking forward to receiving it.
Here's a quick history of our house hoping it may supply further information.
The parcel of land on which our house is situated was originally 100 acres that the Crown granted to Thomas Rawdon, John Jones, Francis McKewen & John Butcher. (We have tried to find if these were First Fleeters or wherever they may have come from but to no avail). 1st September 1892 - First owner was Benjamin Rhodes who was a Congregational Minister. (He I think, bought the land from Thomas Halmore, and Rhodes built the house).
25th March 1918 it was owned by William & Flora Palmer McIvor. I think the McIvors came from Rosemarkie.
16th August 1951 it was owned by Alexander and Annie McIntosh. The McIntosh's are related to the McIvors.
We will keep an eye on the website for further updates and news!
Many thanks
Paul & Jill Whitfield