Located at the heart of the Moray Firth Special Area of Conservation, EcoVentures offers you a truly exhilarating and memorable boat trip experience.

Experience the thrill aboard our high speed, offshore RIB (Rigid Inflatable Boat) and share firsthand the unique scenery, wildlife and history of our area. We operate from the historic village of Cromarty on the easternmost tip of the Black Isle.

Set against an imposing cliff coastline the surrounding waters are home to a variety of wildlife, the most famous being the resident colony of Bottlenose Dolphins.

EcoVentures is owned by local skipper Sarah, and with more than 12 years experience in the marine tourism and research industry, you can be assured of receiving the highest standard of care.

Before or after your boat trip, you are welcome to spend some time at our Dolphin Centre where we have information on the wildlife of the Moray Firth and a small selection of gifts.

See the Moray Firth dolphins from the picturesque village of Avoch in the Black Isle by Inverness, in the Highlands of Scotland.

Sail with a fully accredited operator and professional skipper with full passenger insurance. Longer Trips can be made by arrangement and there are short specials available. Pets welcome

There are sailings daily from picturesque Avoch Harbour where there is free parking.

Information about birdwatching around Fortrose and Rosemarkie has been extracted (with permission) from 'Birdwatching Sites in the Highlands'.

This guide lists more than forty locations covering most areas of the Highlands, and was jointly produced by the RSPB and the Highland Members Group. Copies, costing stg 2.50, are available from local outlets such as Tourist Boards, Booksellers and Post Offices. 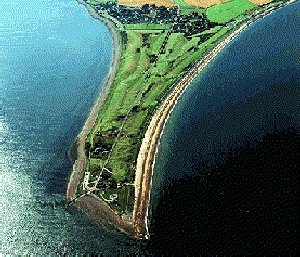 Directions:
Go through Fortrose and at the end of the village turn right into Ness Road and follow this road through the golf course to the car park at the point.

This is a notable seawatching site with the most favourable conditions being in prolonged easterly or north-easterly winds. Spring and autumn bring passages of great, arctic, pomarine and, sometimes, long-tailed skuas. Late summer can bring manx, shearwaters and both storm and leach's petrel. Gannets visit the Inner Firth and fulmars and kittiwakes can be numerous.Large 'rafts' of auks occur especially in autumn. Puffins and black guillemots are rare; however little auks are seen annually, sometimes in great numbers. Outside the summer, all three species of divers are seen with the red-throated often present in impressive numbers. Boat trips are available - see the dolphin section under Wildlife.

Winter brings goldeneyes, red breasted mergansers and long tailed ducks. Waders include up to 2,000 resting dunlins and around 100 ringed plovers. Oystercatchers, turnstones, curlews, redshanks and both species of godwit as well as sanderlings and knots can be seen. Passage species include whimbrels, curlew sandpipers, green shanks, ruff and little stints. Small parties of snow bunting together with yellowhammers can also be found in the marrams during winter.

Raptors to look out for include kestrels, peregrines, sparrowhawks and merlins. There is a flock of starlings which is more or less resident - this is none too common on the Black Isle. 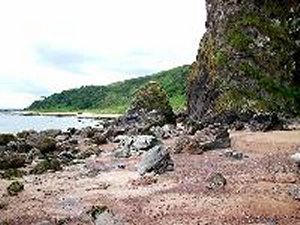 Directions:
Follow the A832 to Rosemarkie and turn right at the bottom of the High Street before the Plough Inn.

The walk from the Markie Burn, along the beach to the cave at Scart Crag is about 1.5 miles. You can walk along the strand or there is a path which is reached by ascending the steps at the far end of the beach. Behind the beach, farmland gives way to attractive cliffs with scrub and trees towards Scart Crag.

From the path, whitethroats, stonechats, linnets, yellowhammers and goldfinches can be seen all summer. Also keep a look out for peregrines and sparrowhawks. On the sea, long-tailed ducks can be found in winter, and red-breasted mergansers and goldeneyes are present for much of the year. Parties of sandwich and common terns (occasionally arctic) are a regular summer sight. Shelducks sometimes nest in rabbit holes amongst the scrub.

Outside summer, red-throated divers can be seen passing close inshore and skeins of both greylag and pink-footed geese pass overhead. Waders present are mainly common species especially oystercatchers, curlews and redshanks but groups of turnstones contain the odd purple sandpiper.

Between December and March look out for waxwings which sometimes feed on berries near the Rosemarkie end of the walk. During spells of very cold weather, woodcocks visit the beach. Easterly winds bring gannets and Manx shearwaters into the firth but these are easier to see at Chanonry Ness.

Bottle-nosed dolphins, grey and common seals can be seen and, if you are lucky, otters. 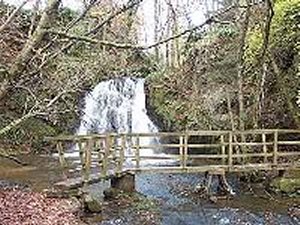 Directions:
Follow the A832 through Rosemarkie and turn right into the car park before the bridge over the Markie burn.

This RSPB Scotland managed reserve, which is open all year round, is a small broadleaved woodland set in an attractive steep sided glen. A fast flowing burn (The Markie Burn) runs through the middle of the reserve with two waterfalls at the upstream end. A display board in the car park introduces the site. A pleasant, but muddy when wet, woodland path follows the burn for almost a mile, passing an old mill pond and two small waterfalls.

Each summer, dippers and grey wagtails nest on the reserve. Fulmars breed on an inland cliff site adjoining the reserve. Buzzards and sparrowhawks are fairly common, and red kites can often be seen overhead. Great spotted woodpeckers, spotted flycatchers, siskins and goldcrests also breed on the reserve.

The pond has mallards and sometimes moorhens with grey herons being regular visitors. Species less often seen are tawny owls, woodcocks and redstarts, and even pied flycatchers.